Clinical Pattern of Stroke and Distributions According to Age, Gender and Potential Risk Factors

Background: Stroke with mortality rate up to 25% is a fatal clinical syndrome. Most common risk factors are Hypertension, smoking, family history of stroke and diabetes mellitus.
The objective was to study the pattern of brain strokes, areas and vascular territories of brain affected as per computerized tomography scan (CT scan) findings and risk factors in stroke patients admitted in Allied hospitals of Rawalpindi Medical University, Rawalpindi
Methods: This descriptive cross-sectional study was conducted in Allied hospitals of Rawalpindi Medical College (RMC), Rawalpindi from September 2016 to February 2017 after taking ethical approval from Institutional Research Forum (IRF). All diagnosed cases of Stroke (Ischemic stroke or Hemorrhagic stroke) on the basis of Computerized Tomography Scan (CT-Scan) or Magnetic Resonance Imaging (MRI) admitted to Medical Units of Allied Hospitals of RMC were included in the study irrespective of their age and gender. A Structured Questionnaire designed according to the objectives of this study was used for data collection. SPSS (Version-22) for windows was used for analysis through frequencies, percentages and cross tabulations.

Conclusion: Most commonly ischemic stroke, with overall male predominance was seen in our study. Hypertension, smoking and diabetes were the most common modifiable risk factors. Vascular territory of Middle cerebral artery and subarachnoid area were most commonly involved regions of brain in stroke. More than 63 % of patients were above the age of 45 years. 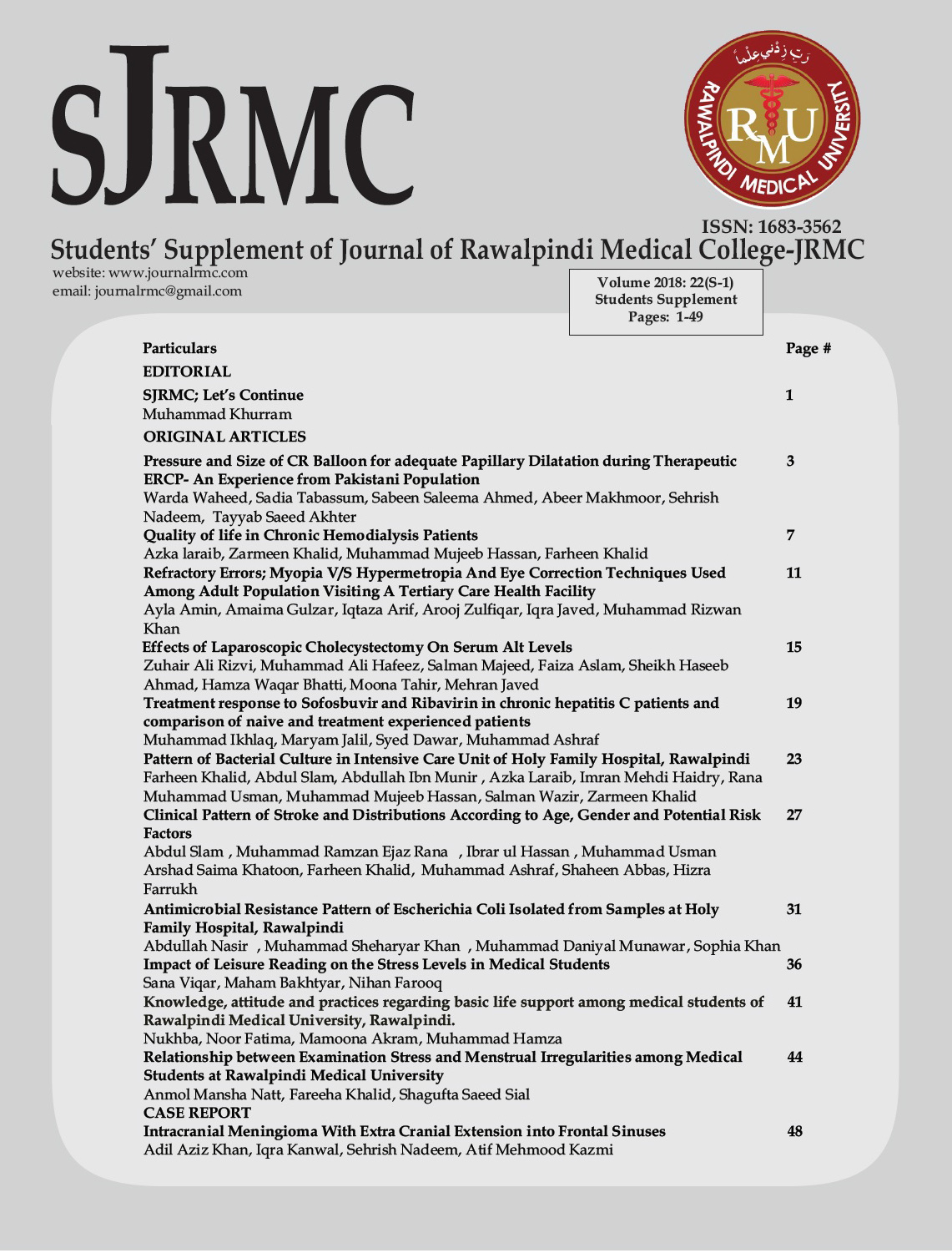