Objective: To evaluate the impact of measles supplementary immunization activity campaign of 2018 on children health and control of measles in district Rawalpindi, Pakistan.

Methods: This prospective analytical case study was conducted at Allied teaching hospitals of Rawalpindi Medical University Rawalpindi, from January 2019 to March 2019. One month to 10 years old children presenting with measles and its complications, were hospitalized and subsequently enrolled in the study. The measles cases presented during the study period were compared with the measles cases reported to the Allied Hospitals of Rawalpindi medical university during the same time period in 2018.Data on the campaign implementation and measles surveillance was reviewed and analyzed by statistical methods using SPSS 22.

Results: 53 cases of measles were reported during the study period (Jan-Mar 2019) compared to 405 cases in the same time period of 2018. Rapid coverage surveys showed that 98.09% of children were vaccinated during the campaign. From Jan to March 2019, after the campaign, the number of measles cases was reduced by 86.91% compared with the same period of 2018 with significant decrease in mortality and morbidity.

Conclusions: A massive vaccination campaign approach for controlling measles in Rawalpindi with a vast migrant population has proved effective. 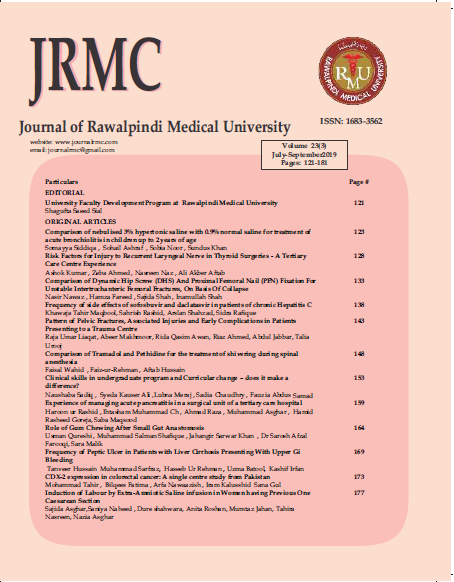