Background: to determine the levels of von
Willebrand factor (vWF) and ADAMTS13 in patients
of myocardial infarction and healthy controls
Methods: In a comparative study, the samples were
collected from 45 myocardial infarction patients and
45 age and sex matched healthy controls. Total 5ml
blood was collected in tri-sodium citrated vials. The
determination of VWF was carried out by
chromogenic assay on Stago and ADAMTS13 assay
was carried out by standard ELISA kit. The Mann
Whitney U test was used to determine the median
difference between two groups (patients and
control).
Results; Patients with MI had higher median
plasma level of VWF (161%) as compared to healthy
controls (120%). The median plasma level of
ADAMTS13 of control and patients was 56.54 U/L
and 18.80 U/L respectively. The difference in median
plasma levels of VWF & ADAMTS13 between
groups was statistically significant (p < 0.001
Conclusion: Plasma VWF and ADAMTS13 had a
significant association with MI patients. There exists
an inverse correlation between plasma VWF and
ADAMTS13 levels in MI patients, but this
correlation was very weak in control group. 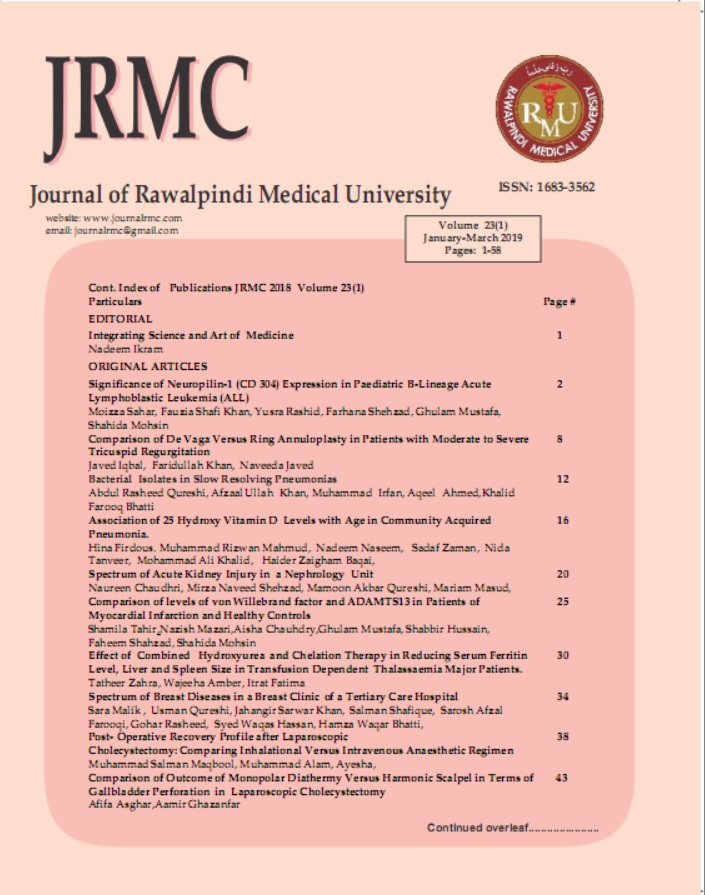