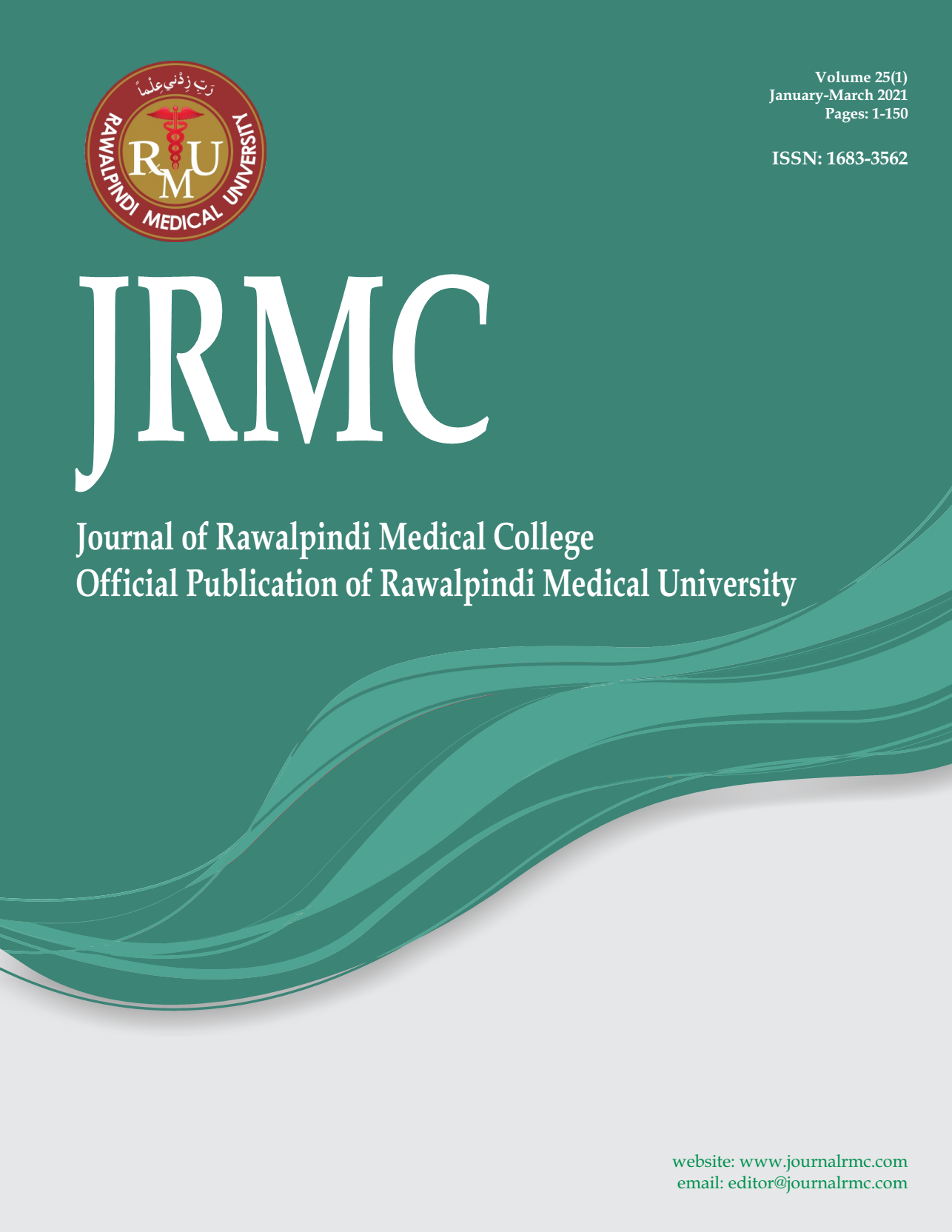 Objective: To determine the frequency of iron deficiency in non-anemic children under five years of age.

Methods: A descriptive cross-sectional survey was conducted in pediatrics department of –removed for blind review---from August 2020 to February 2021. A total of 145 non-anemic children, ages 2-59 months were enrolled through non-probability consecutive sampling in this study. The complete blood count and C-reactive protein were sent for laboratory tests to rule out infection/inflammation. In children with normal hematocrit (30-40%) and CRP (≤ 6), serum ferritin levels were sent. Those children in whom serum ferritin levels were ≤12ng/ml was regarded as cases of latent iron deficiency. SPSS version 23 was used for data entry and analysis. Age and gender for effect modifiers were controlled by stratification. The chi square test was used for post stratification. The value of p ≤ 0.05 was considered significant.